Learning from the competition 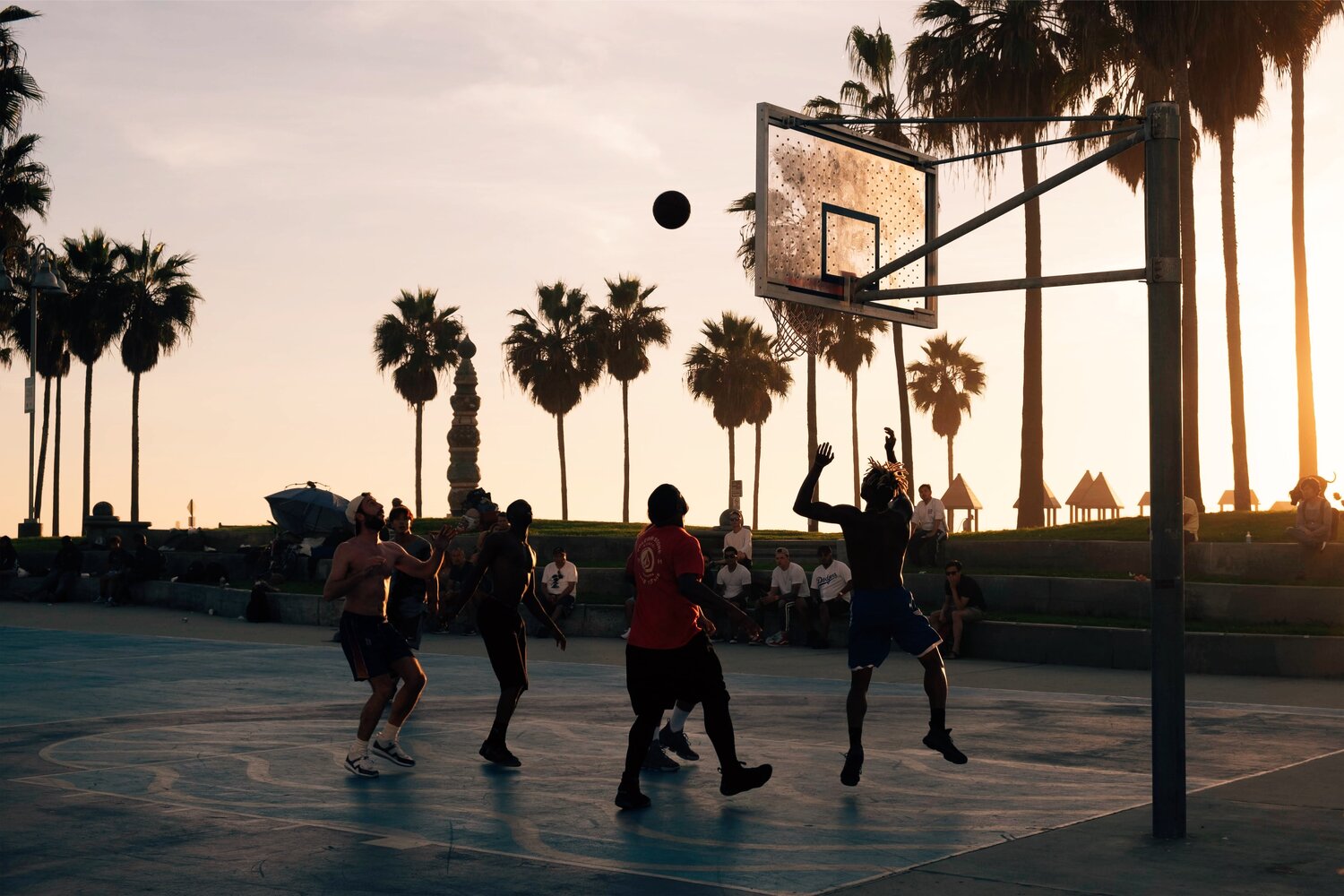 The fastest way to do this is to learn from potential customers. This is true whether you're working on a released product, perfecting a prototype, or just developing an idea. Your customers are probably already using a competitor’s product. And they have thoughts to share.

I remember driving to Palo Alto after work one evening to attend Dan Olsen’s Lean Product and Lean UX Meetup. After taking the stage, Dan shared a story about Intuit co-founder Scott Cook. When speaking to a group of product managers, Scott asked “Who is TurboTax’s biggest competitor”? One of the PMs confidently answered “TaxCut,” which was built by H&R Block, the other dominant player in the tax prep market at the time.

Scott surprised the group by saying it was actually “pen and paper”.

More Americans were doing their taxes by hand than using all the tax prep software combined. The point here is to keep an open mind about who or what exactly is helping your customer get their job done. Often, you’re competing against inertia.

The good news is that there are several meaningful moments in the product development process where PMs, designers, user researchers, and others can learn a ton from competitors. This is especially true for software products, but I find that these ideas apply to hardware too.

Traditionally, much of this research was done in a lab. However, in-lab research won’t be happening anytime soon given our current circumstances. Remote research methods that incorporate tools like Zoom have all but removed the usual barriers. This is especially true for smaller sample qualitative research, where your tests are done in batches of 10-15 users at a time.

Let’s say you have an idea for a new kind of travel website aimed at Americans aged 65+. After speaking to older people in your life and their friends, you decide to dig deeper. Based on some quick Google searches, you learn that only 5% of AirBnB users fall into this age group, so you think there’s an opportunity here.

Use competitors to identify opportunities

Before you even have a product or service, I would recommend talking to potential users to learn about how they are solving the problem today and validating whether there even is a problem to solve. Also, establish if this problem is even important enough to solve. If your target customer is going through the effort to solve this problem in labor-intensive ways, like juggling spreadsheets, accumulating Post-It notes, and other manual processes, you may be on to something.

Whether it’s through Steve Blank’s customer development framework or by simply meeting with several people aged 65+ one-on-one, you can start to learn by asking:

These questions are purposefully broad. When learning about your target market, it’s important to track your assumptions and not get too invested in them since they may turn out to be false. By getting them out on a spreadsheet or using a more sophisticated system, as you progress through the product development process, you can see how your understanding of your audience is evolving. For example, you might think that older Baby Boomers aren’t aware of AirBnb. However, after several conversations, you detect a pattern: it’s actually a preference for established hotel brands and accumulating loyalty points that drives their preferences.

Note that your initial perception of the competition has expanded. Rather than just focusing on "people 65+ who don’t use AirBnB", you can now frame it as “people 65+ who prefer established hotel chains that offer loyalty points”.

Here’s a tip that I’ve started calling the “5 Second Rule”: when you’re tempted to ask your user a question, count to five in your head before asking it. The strategic use of silence unveils some of the most impactful insights. Since we’re all prone to fill moments of silence, this is a great way to get your users to share the mental models they’re using to guide their decision making.

Let’s assume that you’ve continued to develop a strong understanding of the problem space. Doing so allowed you to narrow in on the top five user needs that you’ll need to solve for to be competitive in the market. Knowing these needs will help avoid reacting too quickly to user feedback to existing products. Instead you can use those needs as a lens through which to understand what users are telling you and then decide where you’ll need to go deeper in future studies. Up to this point, you haven’t directly compared any competitors explicitly against each other.

Once you’ve got your key competitors identified, you’re ready to begin doing more focused evaluations on each of them. In our case, let’s assume it’s a mix of travel websites, apps, and travel agents.

I recommend testing with no more than two competitors at a time. I’ll go deeper on this topic in a future post, but generally, participants have a hard time keeping track of more than 2-3 products, especially if they are very similar.

Assuming you’re evaluating one site or app at a time, you’ll be listening to your customers and keeping track of major themes:

There are several other questions you can ask, but in each case you are listening and watching to uncover user requirements & competitor weaknesses you can exploit. You’re also noting design conventions that work well and making a list of sites to test against once you have a live product.

Consider that up until this point, we haven’t even honed in what we’re going to build. Rather, we’re collecting insights to help inform what you must build into your MVP. Though competitor research isn’t the only activity you’ll do at this stage of product development, it’s a vital one.

You’ll reach a point where you have enough data to build your MVP. Building mockups, wireframes, prototypes and other artifacts as you work your way through the build-measure-learn loop. It is at this time that you’ll focus less on the competition and instead perform user interviews to ensure your product is useful and valuable.

Suppose that your findings nudge you towards releasing a travel booking website. Let’s assume you ship it and make sure the design and messaging speaks specifically to travel enthusiast retirees — hurray! 🍾

Measure your standing against the competition

As you start collecting feedback from the real users of your new travel website, it’s critical to come back to your competitor insights. (You’ve been tracking those, haven’t you?) During a user test with your site vs one of the competitors, you can ask a user to perform the same task, like booking a hotel room, on both sites. You can also figure out how closely you’ve met your user’s needs and differentiated yourself from competitors.

In these more focused sessions, you can ask questions to understand:

In conversations with current & potential customers, the most important question you can ask is WHY? Of course there is an art to successfully finding moments to insert this question. But remember: you’re always digging for the rationale behind what a user is telling you. As you start having more of these conversations, you’ll develop a sense of the difference between what people say vs what they do. These qualitative data points will help you move along on the right path, but ultimately usage metrics are the true test of whether your hypothesis is true.

Finally, don’t take your users’ feedback too literally. When it comes to discovering something like a usability issue, even a couple users experiencing a problem justifies a design adjustment. But when several people request a feature, dig deeper to understand why they are trying to solve rather than relying on your users to be designers. When in doubt, you can always consult with a professional researcher before making an extremely consequential decision. What you learn will directly influence how you develop the next version of your site.

Whether you have these conversations in person or remotely, there are several best practices to follow, such as: using open-ended and closed-ended questions, establishing who on your team will be taking notes vs moderating, how to compensate participants for their time, how to even find participants, and several other considerations. There are many resources that go deep here, including Steve Portigal’s Interviewing Users.

Think back to Steve Jobs' epic iPhone reveal speech from 2007. Setting the masterful storytelling technique aside, he clearly understood Apple’s competition at the time. Notice how he describes Nokia and RIM’s market dominating products:

Using phrases like “leapfrog product,” “way smarter,” and emphasizing usability make one imagine all kinds of possibilities. These are expressions that are based on a deep understanding of user needs and the competitive landscape.

One must infer that qualitative user research was an important part of the iPhone development process. Especially research about the competition.

It is precisely this research that allowed Apple to build a compelling product based off of insights.

Insights that can’t be captured in a survey.

(Thank you for the feedback Jared Yee and Katie Harkins.)